END_OF_DOCUMENT_TOKEN_TO_BE_REPLACED

I was very unhappy today to hear that local stalwart and all-round good egg Vince is shutting up shop. Truly, Ragnarok has come to Asgard.

I’m sad to see this day dawn. Asgard and Vince in particular gave me the confidence to launch two successful Kickstarter campaigns and to explore the joy of creating games. My latest game is in development and even has a dwarven theme in honour of the Asgard mascot.

In the outpouring of emotion and support for Asgard, its communities of gamers and wider customer base, it’s important to note a couple of key things.

END_OF_DOCUMENT_TOKEN_TO_BE_REPLACED

A couple of weeks ago I ordered pieces for a game I have recently invented in conjunction with Vince Connolly at Asgard Games in Walsall. END_OF_DOCUMENT_TOKEN_TO_BE_REPLACED

Recognition for getting in early

Kickstarter loves an early adopter. From early bird pledge levels in projects through to those who are first to contribute to their special campaigns.

END_OF_DOCUMENT_TOKEN_TO_BE_REPLACED

Since April Fools Day falls on a Saturday this year I have secured permission from Vince at Asgard Games to use his shop for a few hours to undertake a Games Hack. Working from a brief or inspiration, teams and individuals can compete on the day to create the best basic game in two hours.

You can find out more and sign up here.

Do come down and join us for some fun. It’s 8 quid ont he door but you have to sign up via the Kickstarter to confirm your place, otherwise we don’t have any cash to pay for the venue and materials.

PS: Any suggestion that we might have to retire to a local public house to play test the games afterwards is going to get nothing but support from me.

Bear in mind the average Kickstarter project might take months or years to set up, run for a month and then take another few months to even get off the ground properly let alone send out all the rewards and so forth. END_OF_DOCUMENT_TOKEN_TO_BE_REPLACED

Nearly all the 60 decks have shipped now. Two to the Antipodes, nearly a dozen to the land of the free and the home of the brave. A familiar chap from my previous Kickstarter in Denmark and a couple of Dutch backers, and the obligatory UK crowd. Over thirty backers in total, ranging from a gent who just wanted a postcard to one backer who ordered four decks.

I’m very happy to say that I had some extra decks from the Kickstarter left, and I’ve put a few in Asgard Games at the standard Kickstarter price of £15. They are the last of the first edition. Get them while they’re in stock! 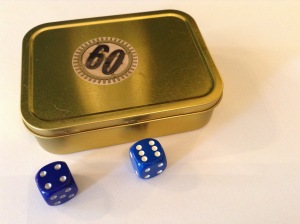