The rise and rise of self publishing

OK, I’ll admit to a little self interest here, but bear with me.

I’m involved with publishing. You’re reading it. Blogs have unequivocally levelled the playing field when it comes to getting one’s thoughts out there for others to see at little or no cost. There is something unspeakably cool, however, about seeing your words printed and bound, and self publishing is on the rise. END_OF_DOCUMENT_TOKEN_TO_BE_REPLACED

It’s only a couple of weeks old, so it’s probably harsh to try reviewing 2017 already, but I know there are a couple of things coming up I wanted to muse on, so here goes.

Bear in mind the average Kickstarter project might take months or years to set up, run for a month and then take another few months to even get off the ground properly let alone send out all the rewards and so forth. END_OF_DOCUMENT_TOKEN_TO_BE_REPLACED

So it’s come as no surprise that my latest venture has wandered into similar territory. From this week, I’m working with two partners to launch and maintain a kind of co-branding exercise to support our efforts (solo and joint) by providing a unified publishing house. END_OF_DOCUMENT_TOKEN_TO_BE_REPLACED

No Dice is live!

After fiddling around with the idea for years and spending weeks talking about it, No Dice is finally live on Kickstarter. Do you like card games? Dominoes? Scoring points? No Dice is the game you’re looking for, even if you never heard of it.

The project video is basically just me mumbling at the camera, and the rewards (including T shirts from Eve2 Media) are fairly standard but I’m truly happy with the game itself and welcome everyone on board to get it off the ground.

END_OF_DOCUMENT_TOKEN_TO_BE_REPLACED

I love the Blues. I love the feel, the sound and the raw emotion.

I also love playing the Blues, and last year I played with the Grey Goose Blues Band. It was immense fun and I was very sorry to have to knock my participation on the head.

However, I still try to keep up with their latest movements. They played at the Chuckery Festival in Walsall Arboretum, and they’ve played a couple of gigs at the White Lion that I’ve been able to get to.

Today, I discovered they’re on Bandcamp, advertising their 2012 album “Beat the Devil out of me” which you can buy and download. Go and have a listen on the site. There’s some magic in that music. 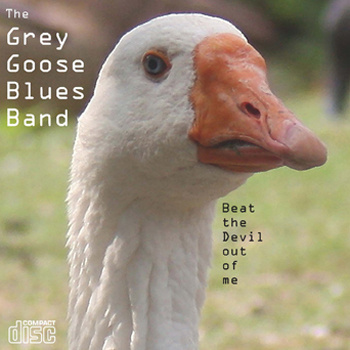 (You won’t find me listed in the credits. Recording finished on this before I joined. Can’t wait to hear their next offering.)

Good Friday – and Rock and Roll is also Dead.

In the beginning there was music. And it was mostly good. Except for the music that was bad. And you could decide for yourself what was what. So long as your mates didn’t find out you’d bought an Osmonds LP / Bros tape / Take That CD / One Direction download with your pocket money.

OK, further back than that was rock and roll. It deserves capital letters. It’s a proper noun.

END_OF_DOCUMENT_TOKEN_TO_BE_REPLACED

Yesterday I attended the world premiere of a commission I’d written. END_OF_DOCUMENT_TOKEN_TO_BE_REPLACED

Developments to Bandcamp – from a novice

I use Bandcamp to sell my music. On my “business” website, I embed a Bandcamp player to promote my latest work. All this is a little one sided. You hear my stuff, and choose to download or purchase it. Well, it works the other way too, and Bandcamp have just upped their game in that sphere. END_OF_DOCUMENT_TOKEN_TO_BE_REPLACED

I have been amazed at the simplicity with which it’s now possible to publish online. You can upload your text to a website and have the book ready for your Kindle by the time the kettle’s boiled. END_OF_DOCUMENT_TOKEN_TO_BE_REPLACED